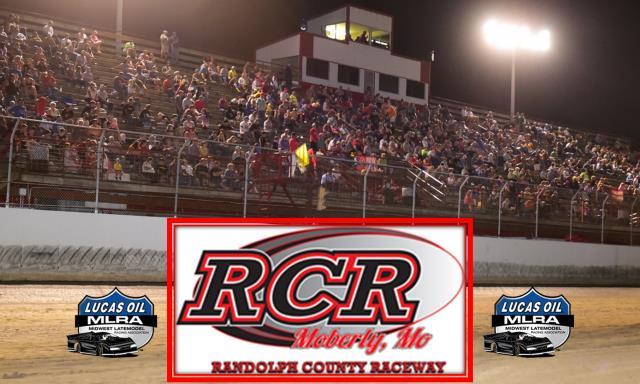 Wheatland, Missouri (July 18, 2022) – Lucas Oil MLRA officials along with staff at the Randolph County Raceway in Moberly, MO today announced make-up plans for this past Sundays MLRA event, after overnight rainfall and less than ideal drying weather left the facility too wet for racing action.

The Annual Weiner Nationals at the high banked 3/8-mile oval will now make up the final leg of a big three day Labor Day Weekend of MLRA racing on Sunday, September 4th. The 2nd annual event is being sanctioned by the MLRA for the first time and will still dish out a purse paying $750 to start and $10,000 to win.

Long time late model racer Reid Millard recently purchased the Moberly track, and along with his staff have put much work into reviving the facility. The event will include a near full day of entertainment for fans including a hot dog eating contest, live music on the main stage, and fireworks.

The three day swing will get started on Friday, September 2nd when the series makes a return to the Lakeside Speedway in Kansas City, KS for the $5,000 to win Clyde Ellis Memorial. A staple on the MLRA schedule for many years, this will be the first trip back to Lakeside for the MLRA since 2018 when Terry Phillips captured his record 116th series victory.

The midway point of the Labor Day weekend swing will find the MLRA returning for the final time in 2022 to the Lucas Oil Speedway in Wheatland, Missouri for the $5,000 to win Ron Jenkins Memorial. The MLRA stop at the “Diamond of Dirt Tracks” will be run in conjunction with the 12th Annual Diamond Drag Boat Nationals at bordering Lake Lucas September 2nd thru 4th.